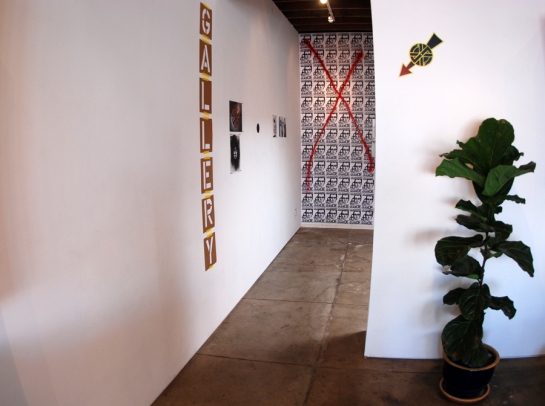 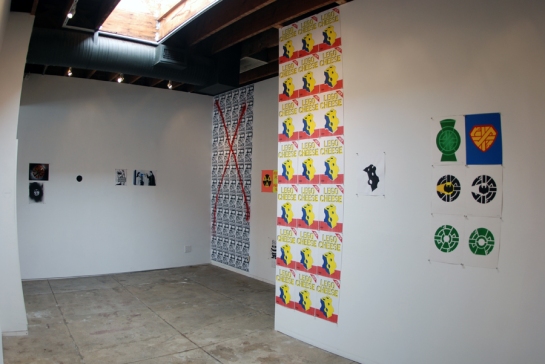 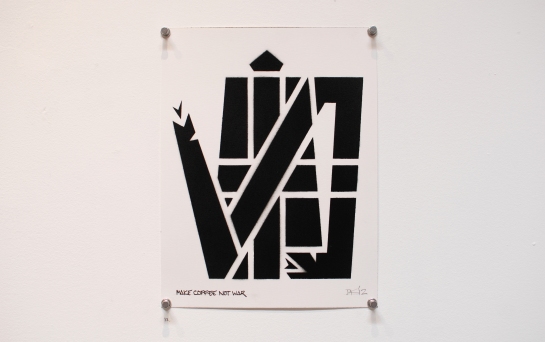 Secret Origins of the Crass Symbol by Dave King

An exhibition featuring graphics from the book (including the Crass Symbol),
photographs and stencil pieces.

More info on the book here:

“Dave King was born in London not long after the Second World War, when there was still food and clothing rationing and children played in mysterious and hazardous bomb sites, between rows of bland and un- damaged terraced or semi-detached houses. It was a grey world which didn’t see much color until the economy finally improved in the Sixties, which were nothing if not colorful. To avoid a job as a bank clerk, King went to Art School (where he met Penny Rimbaud and Gee Vaucher, later of Crass.) For the next ten years he worked as a graphic designer and art director before “retiring” to the communal house that eventually became home to the band. He then moved to New York and fell happily into the Downtown music scene of the late Seventies, joining the band Arsenal. He did illustrations for the Museum of Modern Art and the logo for downtown club Danceteria as well as graphics for many bands. His band then moved to San Francisco in the early Eighties (a very interesting time in the California punk scene), becoming Sleeping Dogs, which appeared (as did Arsenal) on Crass Records. Today Dave King still lives in San Francisco, still designs logos and works on his own graphic, photographic and film projects.” – Boing Boing